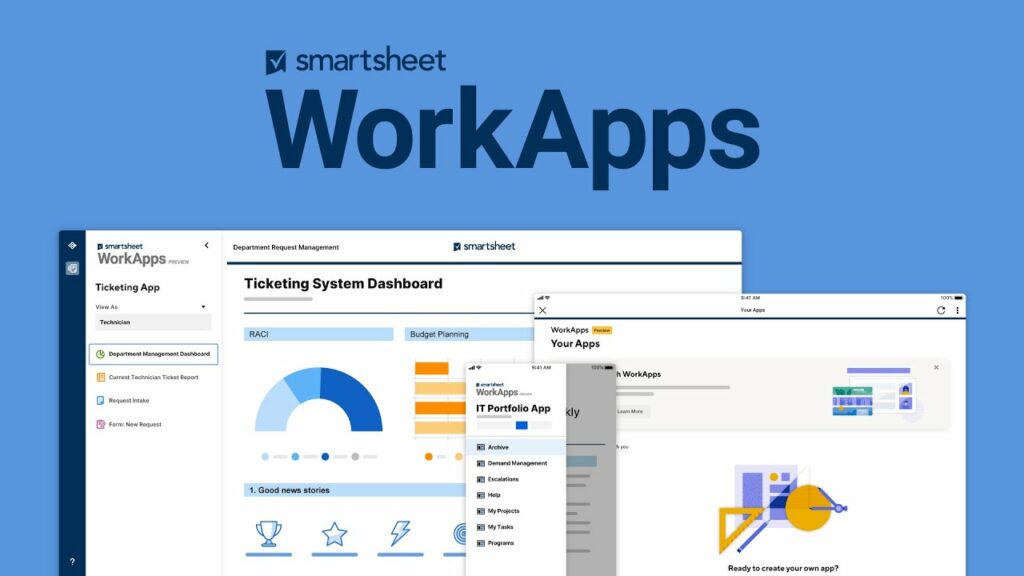 For team members working away from their desks and for sharing and receiving real-time information from the field, the Smartsheet WorkApps solution is very useful and efficient. In the brief case studies that follow, we show how two organizations that previously benefited from a Smartsheet solution were able to expand their impact by utilizing Smartsheet WorkApps.

A program called Smartsheet WorkApps may create various apps to package and streamline access and navigation within your Smartsheet solution. These are specialized, no-code apps that let you: 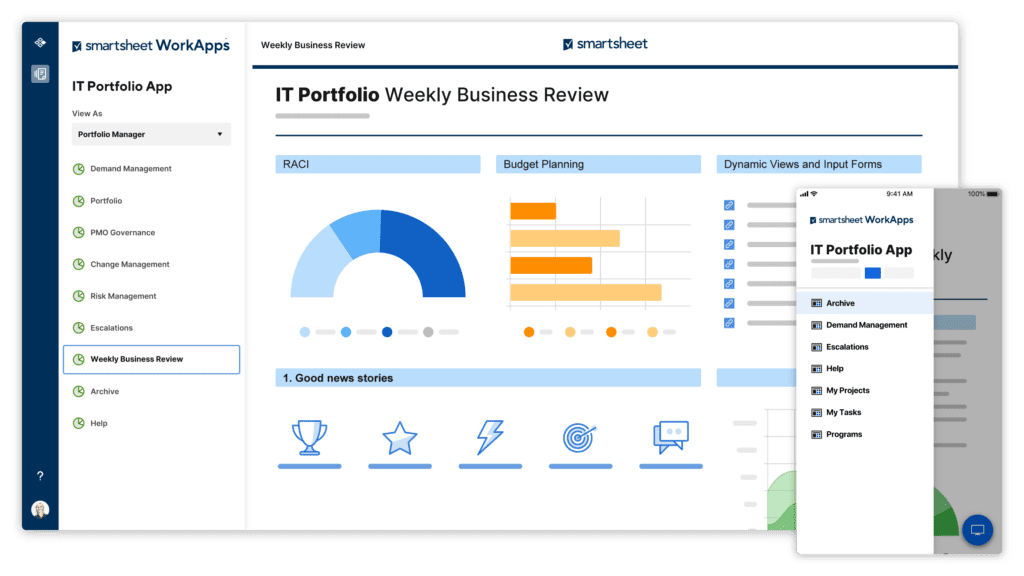 No matter how large or complex your Smartsheet solution is, if you created it yourself or oversaw a build by a Smartsheet consultant, you will be an expert on it. However, not all your user population will be in the same situation. Consider those who are a step away and may only be utilizing one sheet or your directors who need to rapidly locate three dashboards and two reports throughout your complete organizational ecosystem. Smartsheet WorkApps’ simple access and navigation will promote the acceptance and use of your product.

Using Smartsheet WorkApps, different roles within a team or organization can be granted access to certain items at various permission levels. For each position in a project or workflow, views can be made. Each user can access the objects they require and nothing else by simply specifying the various roles, the items they need access to, and the permission levels required. Instead of having to share individual items with each person, this is an easier approach to add users or modify their access. WorkApps from Smartsheet can be utilized by different organizations; external users do not require a separate Smartsheet license. When a Smartsheet WorkApps Collaborator Pack is added to the account, Smartsheet users outside of your own Smartsheet account can access your WorkApps.

Simplify view on mobile or tablet:

Your entire Smartsheet ecosystem is at your fingertips when you use the Smartsheet app on your smartphone or tablet.

However, accessing and working on a small screen can be challenging if you have a large Smartsheet environment, as many of us have.

Using image tiles as access points to a collection of products, Smartsheet WorkApps enables the packaging of solutions in a way that makes them easier to browse. Utilizing the role view stated in the “Control access” section above allows for a cleaner, simpler navigation view by limiting the number of things that are available.

What functions do Smartsheet WorkApps provide?

The features of core Smartsheet are also available in Smartsheet WorkApps. The items and materials that are now being utilized and created in Smartsheet are used to build apps. The same principles apply to adding data via forms or directly into sheets, updating reports, and viewing dashboards. Still, with Smartsheet WorkApps, it is much simpler and quicker to find what you need and complete your tasks if you are working on a mobile device or tablet or are less familiar with a solution.

WE GET THINGS DONE! We help take your company to the next level in productivity and project management maturity.